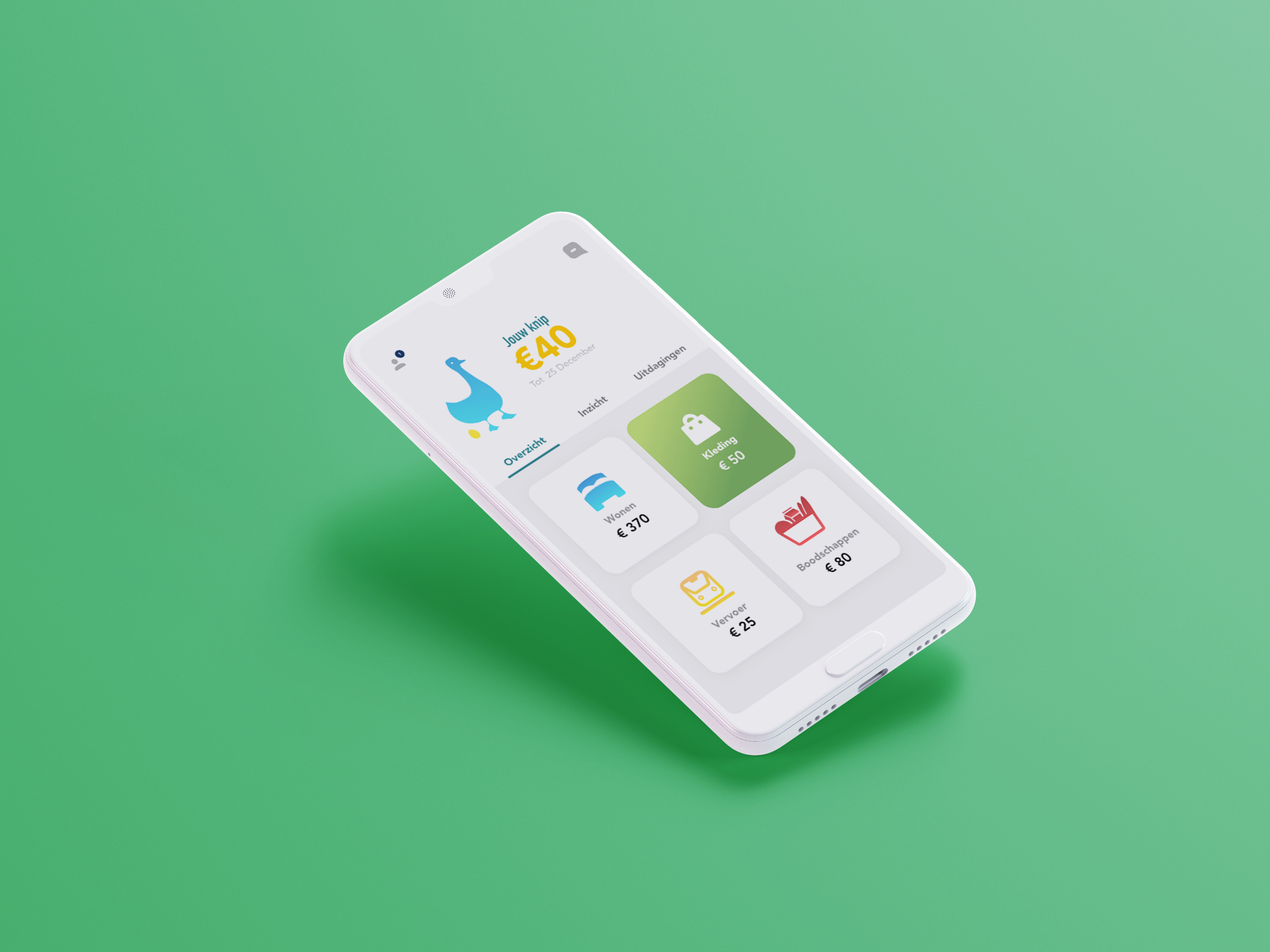 During my internship experience, I built a high-fidelity prototype for a mobile application that helps people with MID (mild intellectual disability) to manage their budget wisely.
‍
The target group of this project is people between 18 and 24 years old with MID. A lot of target users are in debt in the Netherlands.

For this project, I managed four roles.

During the research phase, my desk research covered understanding the target group, case studies, and possible functionalities for the target users. The below shows the snippet of my research. 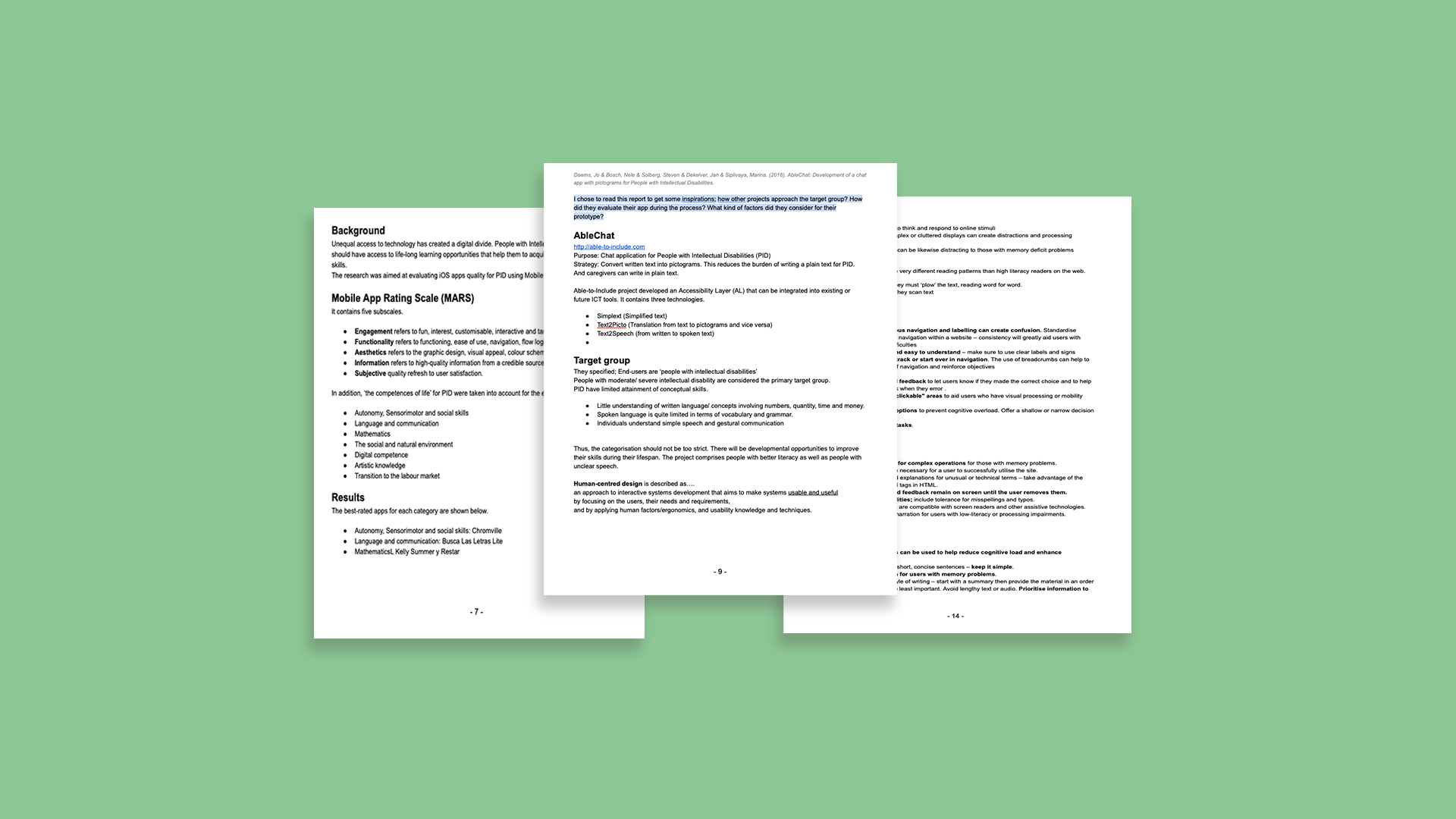 The key takeaways are as follows. 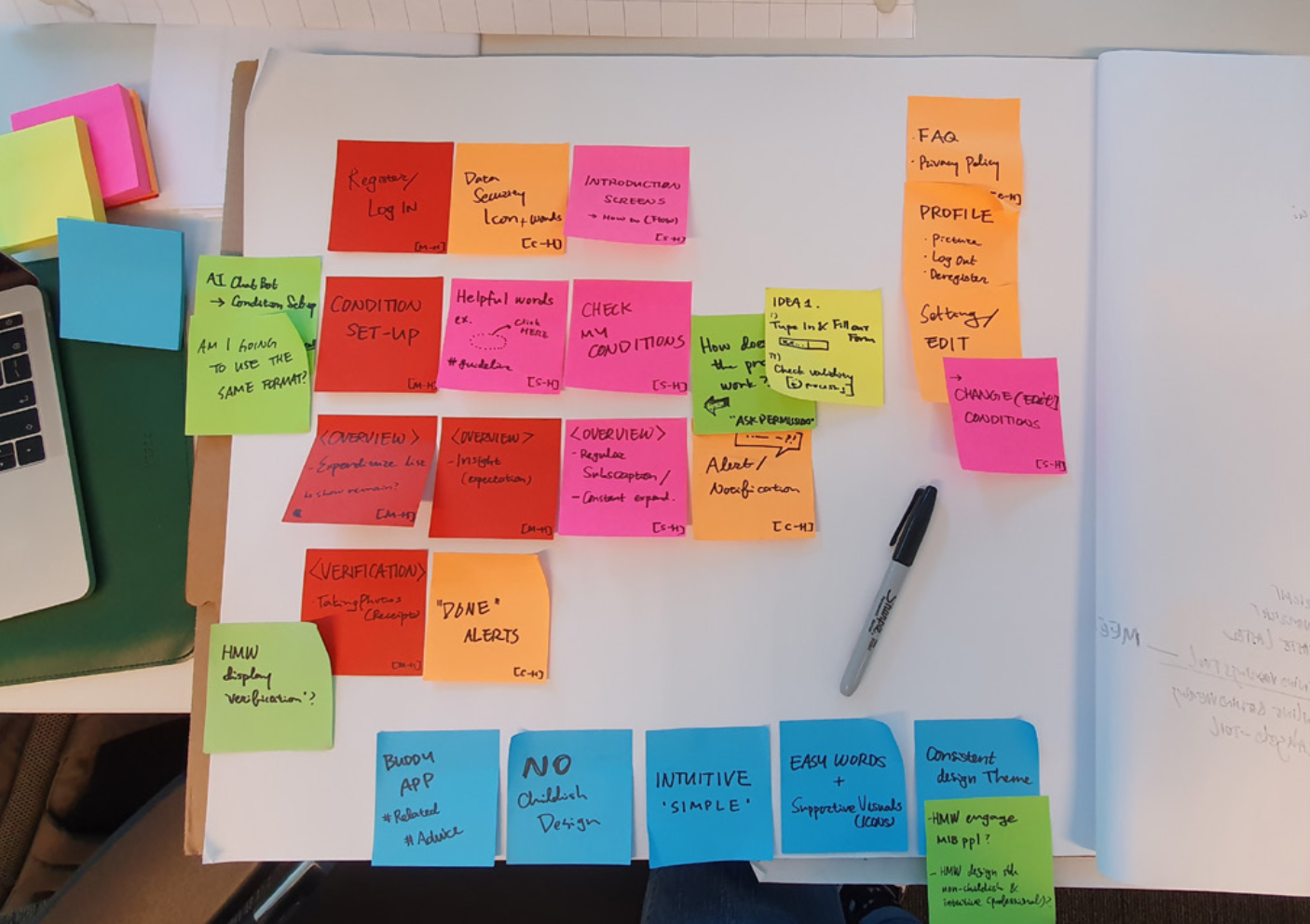 The research brought me several aspects to focus on for the project.

Based on the research data, I created the low-fidelity prototype to the high-fidelity prototype. During the process, the design had to be revised due to the feedback from the stakeholder. And the progress can be seen below. Adobe XD was used. 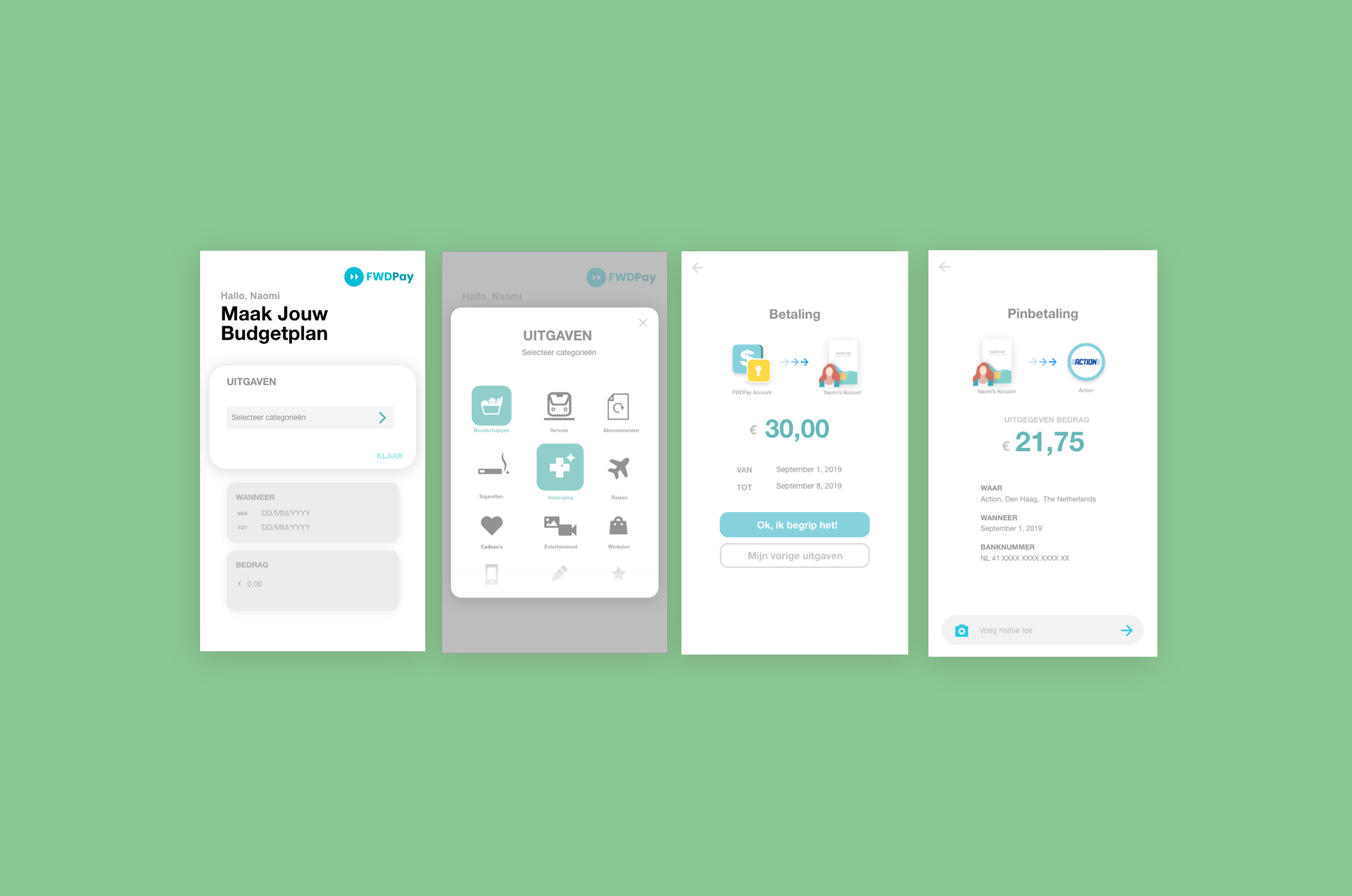 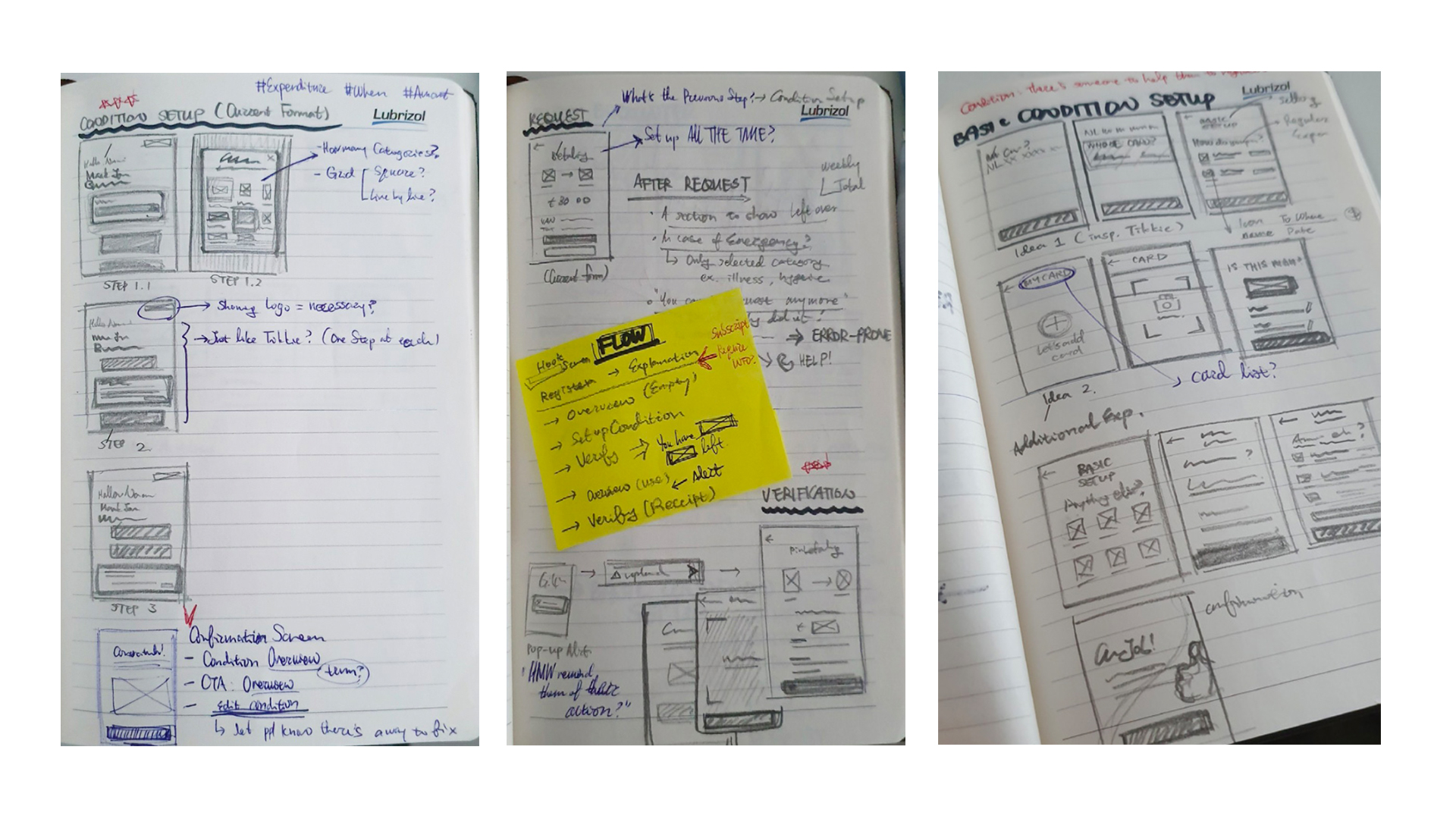 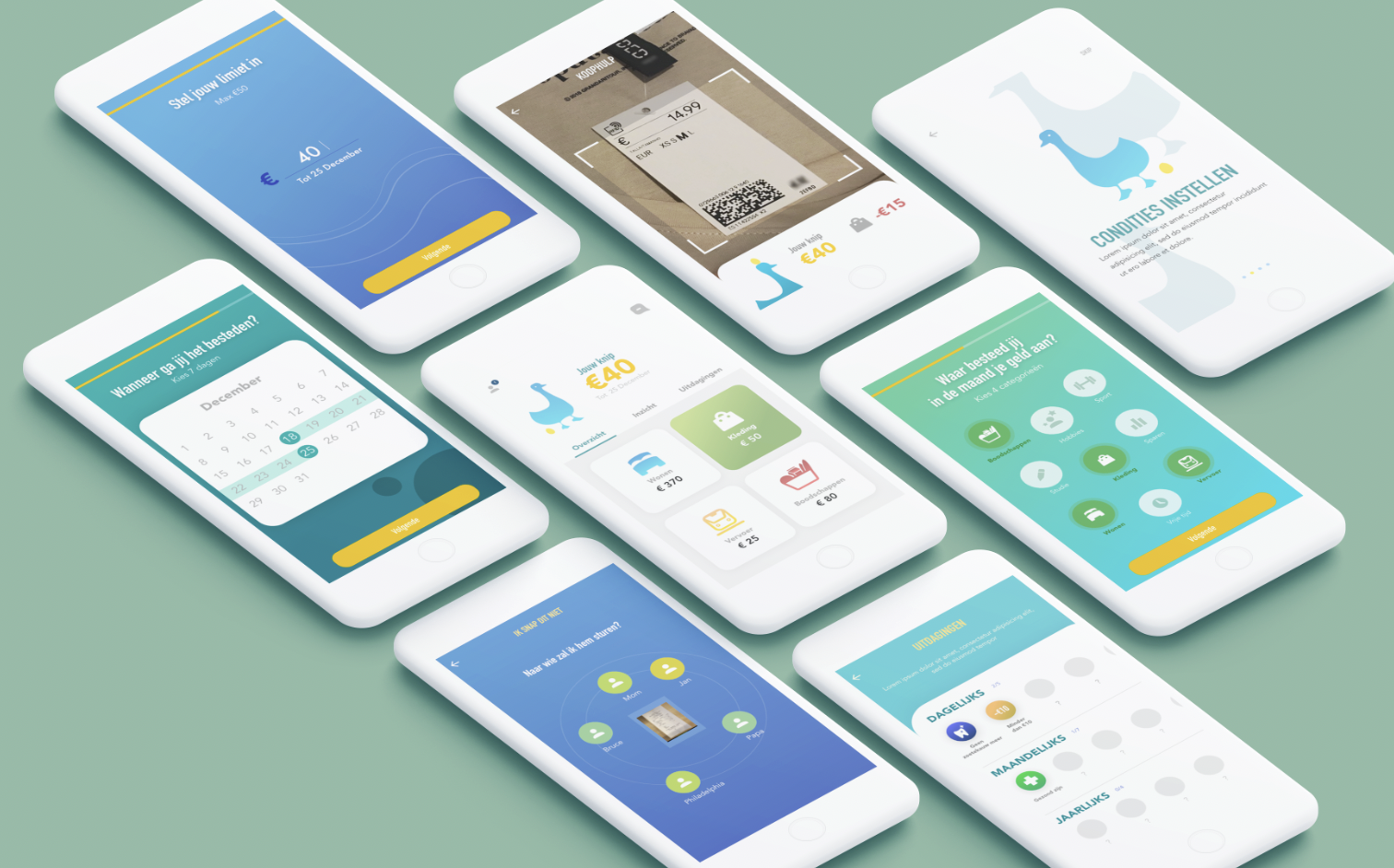